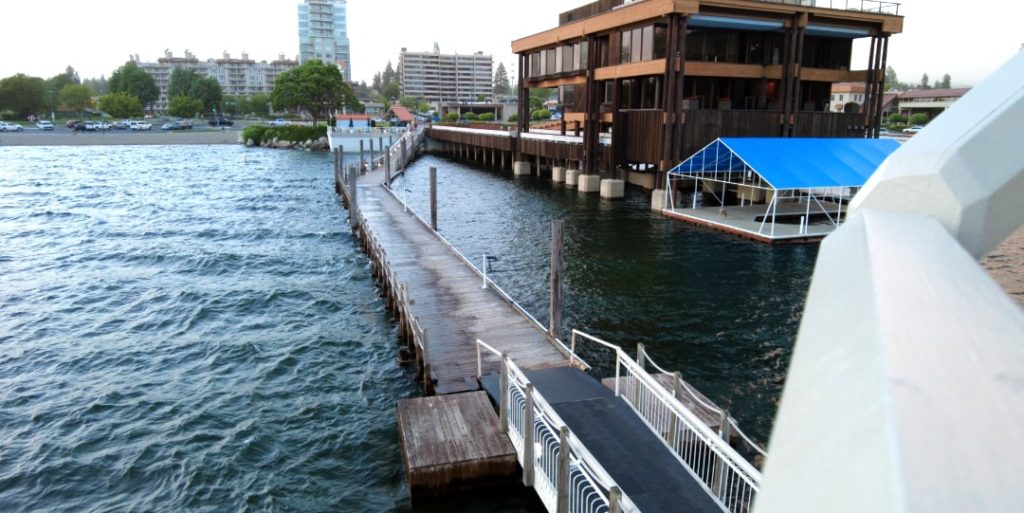 Truth be told, there are so many significant aspects to Coeur d’Alene that we can fit two things into this one category. First, tucked away in the Northern Idaho panhandle, Coeur d’Alene (often referred to as “CDA” for short) is the largest city in Northern Idaho, with a population of roughly 52,000 as the last record in the 2019 Census Report.

Pros of Living in Cd’A

There are many positive aspects of living in Coeur d’Alene – but don’t forget to balance those out with some of the negative aspects that most certainly exist. After all, nothing and nowhere is perfect. So let’s start with a few pros we believe are worth appreciating.

5. Greatness Shines Throughout The Community

4. There Are Things To Do in Coeur d’Alene

There are an ever-growing list of things to do in Coeur d’Alene and surrounding communities like Post Falls and especially Spokane. In Coeur d’Alene, the summertime has a lot to offer. The area is home to a growing number of parks, many of which are downtown and are regularly used for free concerts, movies, and locally hosted events big and small. There are tons of your everyday big brand stores to shop at, as well as many better local small businesses you’ll find nowhere else but here. With that, many recreational opportunities for fun throughout every season.

The weather in Coeur d’Alene is enjoyable year-round when it comes to weather. With rainfall at 27 inches annually and snowfall at 42 inches per year, precipitation is not overbearing. Additionally, Coeur d’Alene sees an average of 174 days of sunshine, making it easy to get outside and enjoy all the great activities that Coeur d’Alene offers. Paddleboard in the summers and snowboard in the winters. You really can do-it-all in Coeur d’Alene! Additionally, because of its unique location, residents of CDA don’t worry about common natural disasters like hurricanes or tornadoes.

A clean city, and not just any clean city, Coeur d’Alene made global headlines by ranking #1 as the cleanest city in America by Expedia.com years back.

CdA is an adventurer’s paradise, with endless trails like the Centennial Trail, to the nearby National Forests. It’s not uncommon to see every type of outdoor activity utilized in Coeur d’Alene. Recreate however you want, from Lake cruises and ATV trails to ziplines, parasailing, golfing, skiing, snowboarding, and mountain biking! Coeur d’Alene truly does offer it all for outdoor enthusiasts.

1. Cd’A is an Artisan Hotspot:

Coeur d’Alene offers it all if you’re a fan of great local coffee, epic foodie options, and great shopping. A local favorite coffee shop is Vault Coffee, a great corner coffee shop with great coffee and special treats and eats. Check out their espresso options, and if you’re hungry, don’t pass up on their bakery goods – a personal favorite is their warm giant-sized chocolate chip cookie with a salted top. (YES!)

If you’re looking for a great bite to eat, swing by The Crown & Thistle Pub for a super selection of beer and wines, and while you are there, don’t miss out on their homemade Cracker Jax and Pub-Corn! Then, if wanting to walk off those great bites with a caffeine surge, they take a walk through the Midtown Home & Vintage Market, a true local favorite with incredibly trendy-chic offerings. You’re bound to find something you love!

A Few Cons To The Coeur d’Alene Lifestyle

It wouldn’t be fair to talk about the significant aspects of Coeur d’Alene, Idaho, without discussing the negative ones. But, like any other town in America, even a wonderful community like Cd’A has areas for improvement. So let’s look at the cons of living in Coeur d’Alene.

The area is sometimes recognized for an ugly white supremacy past. Coeur d’Alene, Idaho, is arguably plagued with this haunting past – And it’s not absent to this day, with a nationwide reported incident as recent as 2021.

The arrival of white supremacist Richard Butler in the 1970s opened a dark chapter of North Idaho history. With intimidation and overt racism, Butler’s Aryan Nation ideologies were exercised, and leading community members founded a task force that became the standard when forming a community response to racism.

Idaho generally carries poor educational system ratings, which also affect the CDA Public School systllAccording to Education Week’s annual report, Idaho finished 48th among the 50 states and the District of Columbia. With an overall score of 68.1 out of 100 points, Idaho was graded at a D+, placing Idaho with states like Mississippi, Nevada, and New Mexico.

Be prepared to fight for a house in Coeur d’Alene, Idaho, if you’re in the market. Single-family housing inventory is low, and multi-family housing is in short supply, relative to high demand, creating a homeowner’s dream for a few whiles also making Coeur d’Alene a first-time homebuyer’s nightmare. In a recent news story, local real-estate experts stated there were 15-20 buyers for every home that hit the market.

Anytime a new community sees an explosion of growth, there will be a strain on the population’s infrastructure. Coeur d’Alene has experienced rapid growth over the last years with no slowdown. But with that comes a very frustrating experience for locals – traffic congestion, jam-packed summer tourism, and an overall sense of a town outgrowing its current infrastructure.

We have hinted at it above, but if it wasn’t clear, let’s lay it out now for you, Coeur d’Alene gets BUSY in the summers. That’s been a trend for many years now, as local tourism attractions grew and brought in more attention to the area. Between the housing boom and population numbers rising, coupled with the undeniable desire to live in the area for its outdoor recreation. It has quickly become a consideration for many.

Hopefully, this was a helpful article. Living in Coeur d’Alene is considerable, and we’re not faulting it altogether. However, it’s only fair to highlight the good and the bad when sharing information that leads people to choose where they live, work, and recreate.