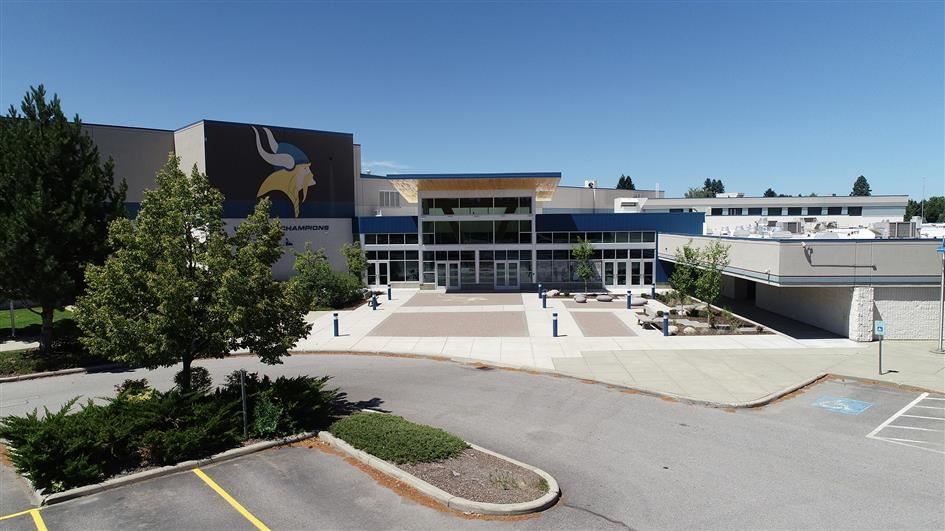 Coeur d’Alene High School is the town’s longest-standing high school. First opened in 1903, this institution is one of two traditional public high schools in the Coeur d’Alene area.

That is to say, the building currently serves the northeastern half of the Coeur d’Alene School District.

The district currently suffers from a high student to teacher ratio. This dilemma is primarily due to the rapid growth of the area. As a result, Coeur d’Alene’s last reported ratio was roughly 21 students per teacher.

Located in beautiful Coeur d’Alene, Idaho, this school is roughly 12 minutes from Downtown adjacent to the base of Canfield Mountain.

This high school is conveniently located near Super 1 Foods, which is a local grocery store, and only minutes away from various food options on the main food strip.

One of Coeur d’Alene’s premier amenities is the overwhelming support and opportunity for co-curricular activities.

The area boasts multiple acres of open property for outdoor sports. As a result, this school has top-performing sports such as Football, Basketball, and Golf.

Students have won many state titles over the years. Yet, they also offer many other sports opportunities. Students have access to wide open fields that are great for sports like cross country and soccer.

For the non-athletics, activities such as music, debate, drama, foresty, and scholastic clubs are available.

Coeur d’Alene High School runs on the semester system which divides the typical year into two semesters. Students earn a single credit for each class completed during a semester.

They have established policies set in place to ensure students meet a set expectation for attendance. In other words, they require a 90% attendance per class per semester to be eligible for class credit.

However, a student may choose to pass a benchmark exam to receive a grade for the lost class and earn a credit despite lacking attendance.

This institution is chock-full of class spirit. The identity of this institution is the “Coeur d’Alene Vikings” – Their mascot, of course, is a Viking. Expect to see a lot of blue and white colors, as these are their official colors.

Coeur d’Alene High School’s primary rival is a nearby institution, Lake City High. This is the only other high school in the Coeur d’Alene School District.

Annually, both schools have a well-known basketball tournament where both compete to win. This is commonly known as “Fight for The Fish.” – The winners claim the “Holy Grail” of fishes as their own.

For years, Lake City struggled with the defeat of Cd’A High. For a solid seven years, Coeur d’Alene was able to continue its winning streak against Lake City during this heated tournament. In 2017, Lake City was able to defeat Cd’A’s long streak.