Breakfast at The Garnet Cafe in Midtown

Breakfast. Breakfast. Breakfast. That is all. Kidding, of course! However, the breakfast found at The Garnet Cafe in Midtown Coeur d'Alene is no joke and should be taken very, very seriously. If you're in the market for a great breakfast near downtown, look no further. Last Updated by Robert on November 25th, 2020
Reading Time: 2 minutes 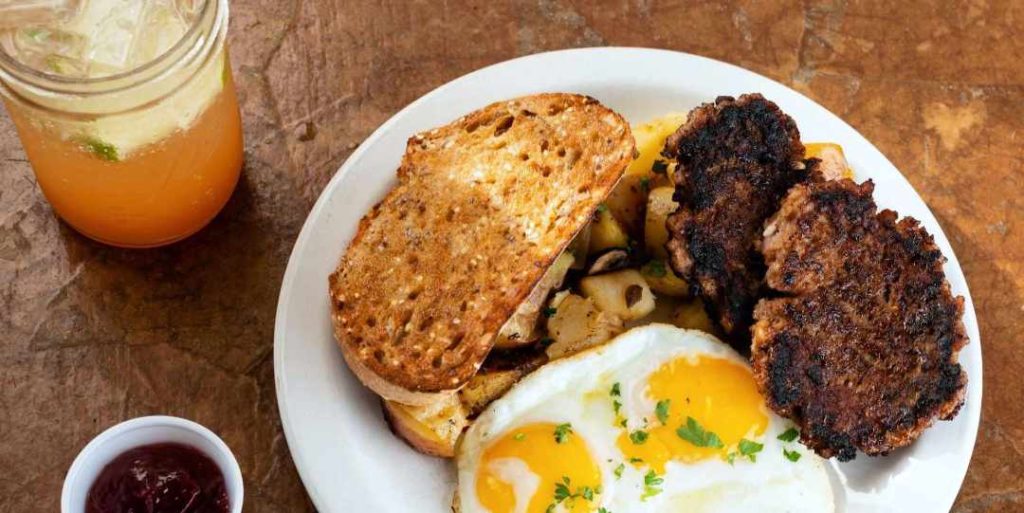 Breakfast. Breakfast. Breakfast. That is all. Kidding, of course! However, the breakfast found at The Garnet Cafe in Midtown Coeur d'Alene is no joke and should be taken very, very seriously. If you're in the market for a great breakfast near downtown, look no further. I'd like to take a moment to share with you a little bit of a backstory on this joint, as well as a few bite-sized tidbits to leave you with!

The Little Café That Could

According to the cafe's website, The Garnet Café got its start back in 2010 by the same founding members of a few other local, and might we add quality establishments in the area. Kristin Von Till, a member of the team since day took over ownership of this quaint cafe.

The café was originally named after the star garnet. This garnet was designated by the state of Idaho in 1967 as the state's official state gem. What makes this gem unique, besides Its breathtaking dark purple or plum coloration, is its locality. Only found in two places in the world, India, and Idaho, this gem's rarity aligns well with the craft from this Coeur d'Alene kitchen.

All About The Menu:

At this locally owned and operated restaurant, you can expect to find a tasteful selection of breakfast options with a northern Idaho flare. They keep their minimal at a nice, optimal size, really placing the priority on quality over quantity. You can expect to find your classic eggs, potato, bacon, and sausage platter as well as fun and unique options such as their 'Duck Confit & Eggs' which consists of duck legs.

In addition to your meals, they have a nice selection of omelets, sweets as well as a large selection of drinks to your availability. I personally love their Huckleberry Lemonade, and would recommend giving It a shot!

Pro Tip: If you're a fan of lemon, consider trying The Garnet Cafe's house-made lemon curd. Available in the restaurant and in jars to enjoy at home!

The Live Coeur d'Alene team strives to improve upon inaccuracies, and welcome you to reach out with your comments/questions and/or concerns using our feedback widget or contact form.
wpDiscuz