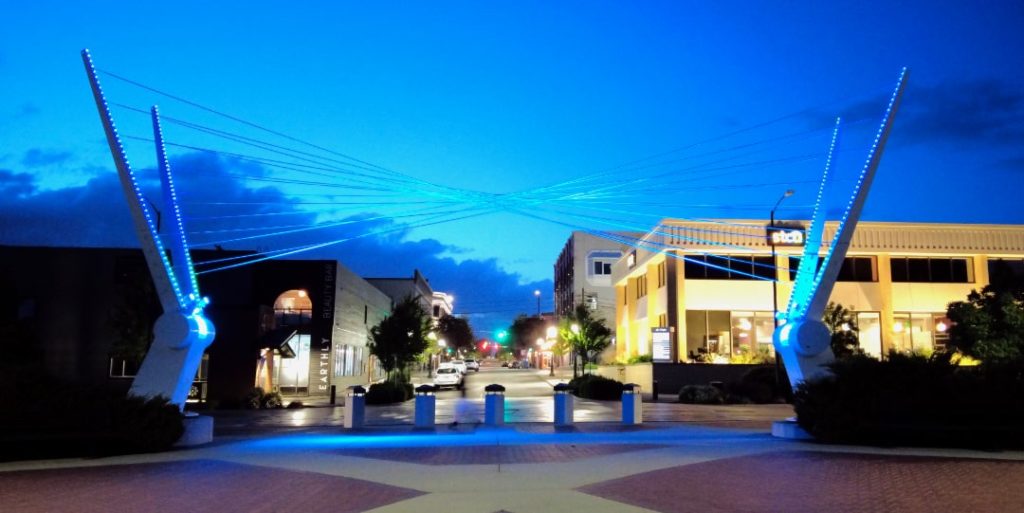 Are you wondering if Coeur d’Alene is safe? You’re making a great choice! Selecting a new place to live comes with many challenges. There is a lot to consider, from determining housing prices and job prospects to recreational activities and education. Above all, most people want to know if their new home will be safe. So, let’s look at the data and think about it together.

If you’re in a rush – Is Coeur d’Alene Safe?

Yes! Coeur d’Alene is safe! When compared to crime statistics on a national level, Coeur d’Alene is a comparatively safe place to live. With that said, no community is immune to crime. In this post, we’ll look a bit further into it and give you peace of mind when it comes to crime rates and Coeur d’Alene (aka CdA) Idaho.

Are You Personally Safe?

When it comes to personal safety in Coeur d’Alene, you can rest easy. Violent crimes have a statistically lower rate in Coeur d’Alene compared to national crime rates, and in general, you can feel safe here.

With that said, everyone (even in safe areas) should exercise personal safety habits. Would I go on a walk around Coeur d’Alene and worry about my safety? Nope! But can you walk alone at 2 am in Coeur d’Alene? Well, that is always questionable.

Like all places, use sound judgment, even in relatively safe places like Coeur d’Alene. At night or early in the morning, you should always consider being hyper-aware of your surroundings or bringing a buddy or a piece of protective equipment with you, so you’re not alone and defenseless.

Coeur d’Alene has a history of violent times; however, these examples of violence stem back to the late 1800s when mining claims and the wild west outlaw days were in full swing.

Coeur d’Alene History : Did You Know?

The famous Wyatt Earp was a deputy sheriff in Coeur d’Alene and largely responsible for settling disputes and running lawless cowboys out of the area.

When seeing a crime index, it’s easy to get misled by the numbers. Most people considering crime when moving are most concerned with violent crime. However, property crimes like car burglary, petty theft, or vandalism can skew crime statistics to make a community appear as if more crime is present than there is. Fortunately, Coeur d’Alene has substantially lower violent crime when compared to the rest of the United States.

According to the data over at Neighborhood Scout, Coeur d’Alene has 2.54 violent crimes per 1,000 people compared to the national average of 4. To put that in perspective, that same violent crime rate in Denver has a violent crime index of 7.52, almost 3 times higher!

Can You Leave Your Car or House Unlocked in CdA?

When people think of safe communities, they often picture old times when anyone could leave their home or car unlocked at all times and not have a second thought about crime. Unfortunately, those days are not very realistic anymore.

While living in a safe community like Coeur d’Alene might make you feel like you have nothing to worry about, leaving the things you care about unsecured is never a good idea.

Road rage seems to be everywhere, and Coeur d’Alene is no different. Although road rage does exist in Coeur d’Alene, fortunately, it is mainly limited to only the summer and relatively tame during the colder months. I think people get the “need for speed” in the summer months, raising the bar around the dangers of driving, including increased vacation travel, speeding tickets, car accidents, and, yes, even road rage. With a growing population, however, the roads are seemingly more congested even in our town’s off-seasons – With roads unsuited to sustain this growth.

The weather in Coeur d’Alene is enjoyable year-round when it comes to weather. With rainfall at ~ 27 inches annually and snowfall at ~ 42 inches yearly, precipitation is not overbearing. Additionally, Coeur d’Alene sees an average of 174 days of sunshine, making it easy to get outside and enjoy all the fantastic activities that Coeur d’Alene offers. Paddleboard in the summers and snowboard in the winters; you really can do-it-all in Coeur d’Alene!

Do you want to know the best part about Coeur d’Alene’s weather compared to the rest of the United States? Weather. The summers aren’t long, and the winters are cold and often dim. You may not experience a hurricane or a tornado in North Idaho any day soon. However, consider Cd’A and our close proximity to Yellowstone National Park and the dangers when a sleeping giant wakes. So Is Coeur d’Alene Safe from some of mother nature’s worst weather-related natural disasters? Yes! Are we entirely invisible? Of course not!

Did You Know? Cd’A Edition

Coeur d’Alene is not far from an active volcano in Yellowstone, but that doesn’t mean it’s currently erupting, or anytime soon for that matter, but that just means there is a potential for an eruption like many parts of the US similar to Hawaii, for example.

There you have it! Is Coeur d’Alene Safe? As you can see, Coeur d’Alene is generally a safe place to live based on the data we have to work with. Pair this information with proper personal safety measures and rest easy living and playing in Coeur d’Alene!